Soraya Zaman has been capturing the trans-masculine community across the United States. The young Americans featured in The American Boys Project are united through their proud embrace of gender identity. Both tender and exciting these portraits are evidence of the rapidly expanding conceptions of gender sweeping the country. 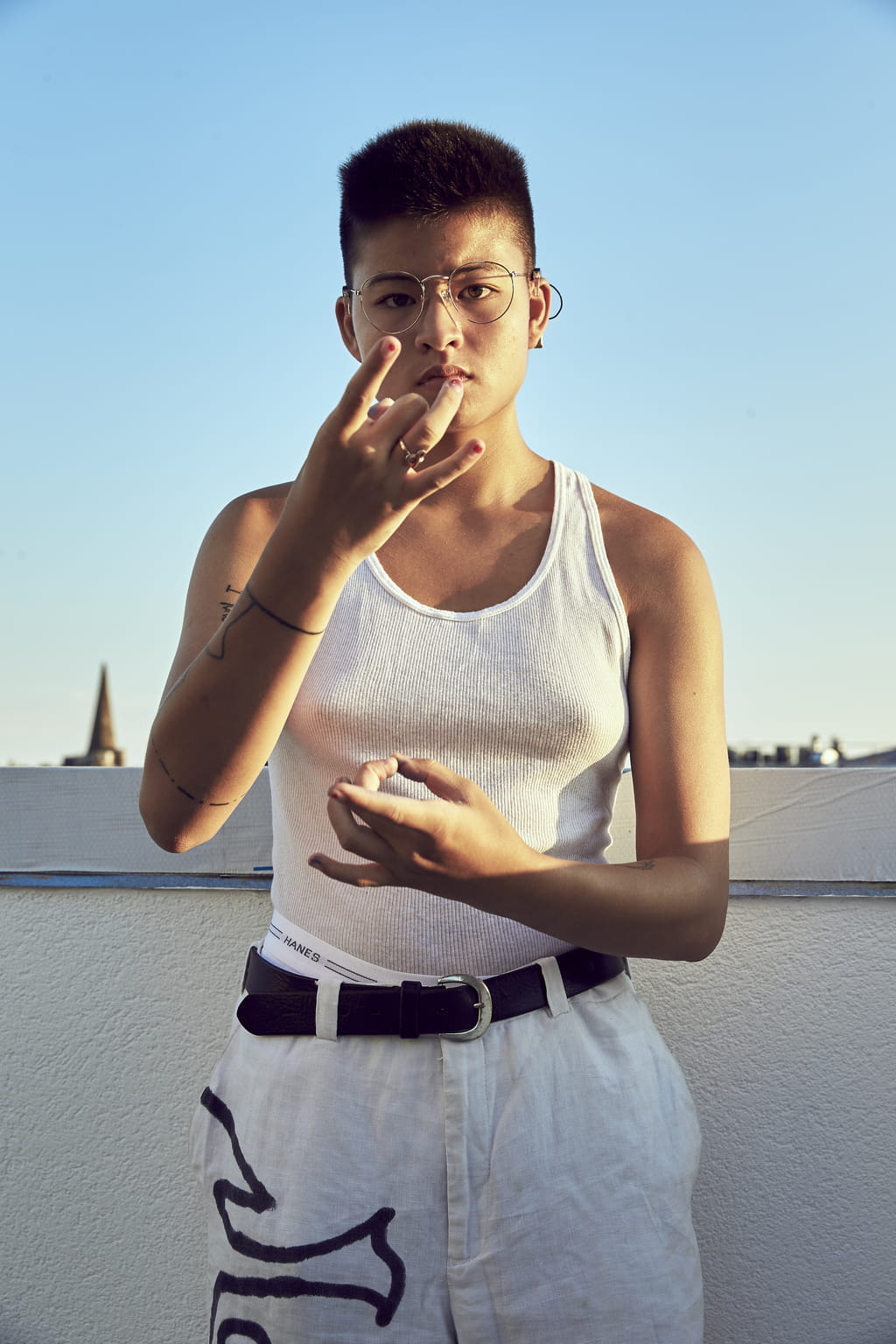 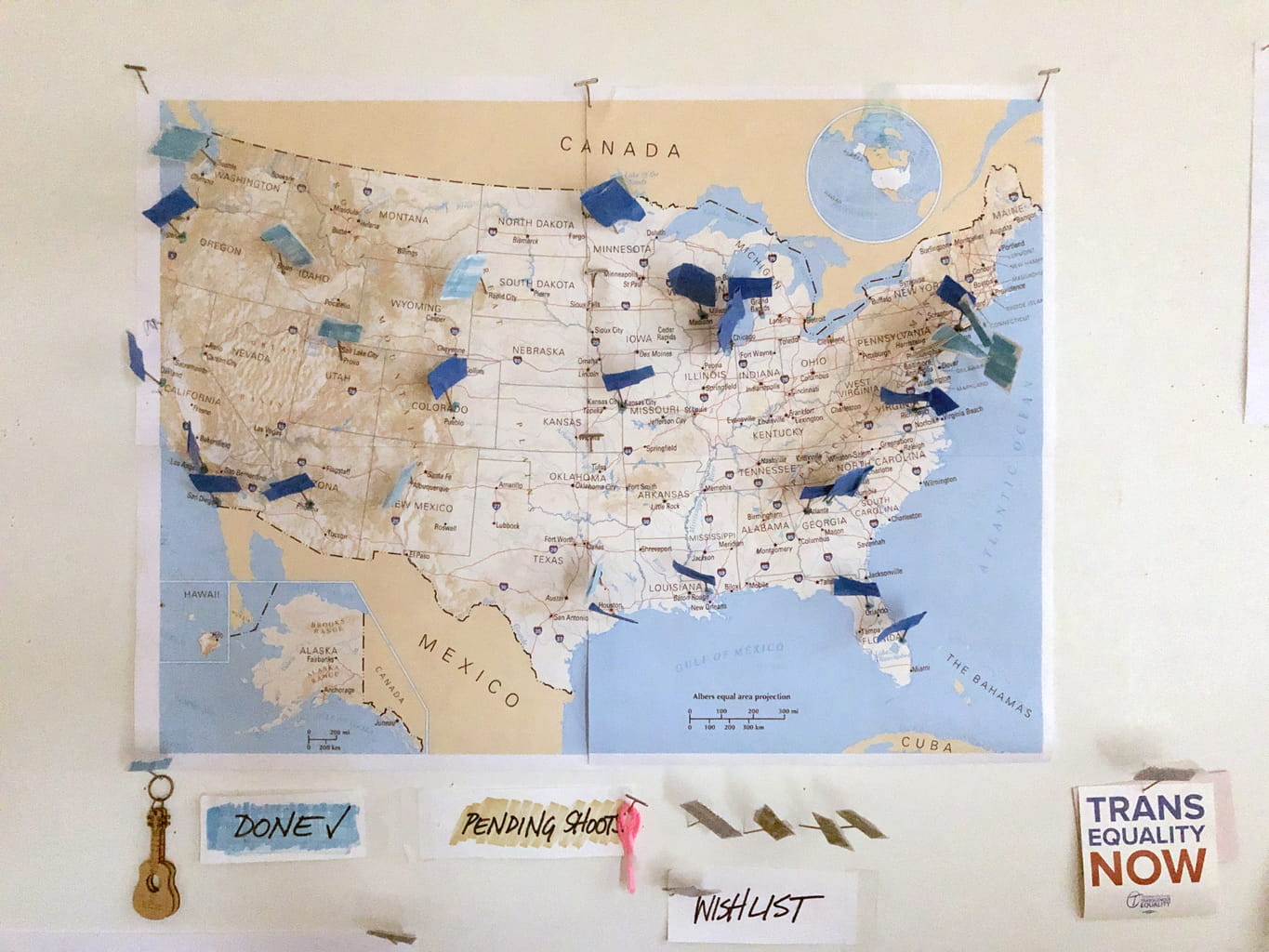 I grew up in central Pennsylvania and it was rough. I couldn’t find people I connected with as a transgender and genderqueer, deaf person of color. When I was sixteen, I came out to my family and friends as pansexual queer and gender fluid. Later that day, I went to the haircutters with my friends and chopped off my long hair, but I didn’t realize I was trans masculine at the time. My pronouns remained “she/her,” and I identified as a queer girl. When my mom would ask if I wanted to be a boy or a girl, I wouldn’t know what to say because I thought that by saying “boy” I would be forced to leave most of my feminine traits behind, some of which I still connected with. But at the same time, there were so many characteristics associated with “boy” that I connected with as well.

I struggled with how I was supposed to just choose one, without losing bits and pieces of myself in the process. Then I came across this term “genderqueer” and it was like fireworks shot through my mind. This is how I’ve always felt. When I started to associate myself with the term “genderqueer,” I felt pressured to use “they/them” pronouns, but that made me feel uneasy and it really didn’t feel right. Male pronouns, “he/him,” felt right for me despite identifying as genderqueer. But in this discomfort something clicked for me. I realized that the way I present myself to the world as a trans masculine person, my mannerisms, the clothes I wear, the pronouns I choose, etc., are not the same as how I identify on the inside. It’s such an important realization. The way you present does not have to correlate to your inherent identity and this is valid.

My wife used to live an hour away from me, so we were long distance. One day I was talking to her on the phone, I had just recently started doing research about how to transition and what you need, etc., and I said to her “have you ever heard of the trans man” and things like that . . . to see what she thought, and she was like, “I don’t think that is a bad thing. . . .” “Well that’s kinda who I am and that is what I want to do.” It just came out natural and she was supportive so I’m lucky. I was nervous though because I know that, even though she has a son, she is a lesbian and she likes women and everything. But it was just easy telling her and she has been encouraging me ever since to be who I am and to live my truth. 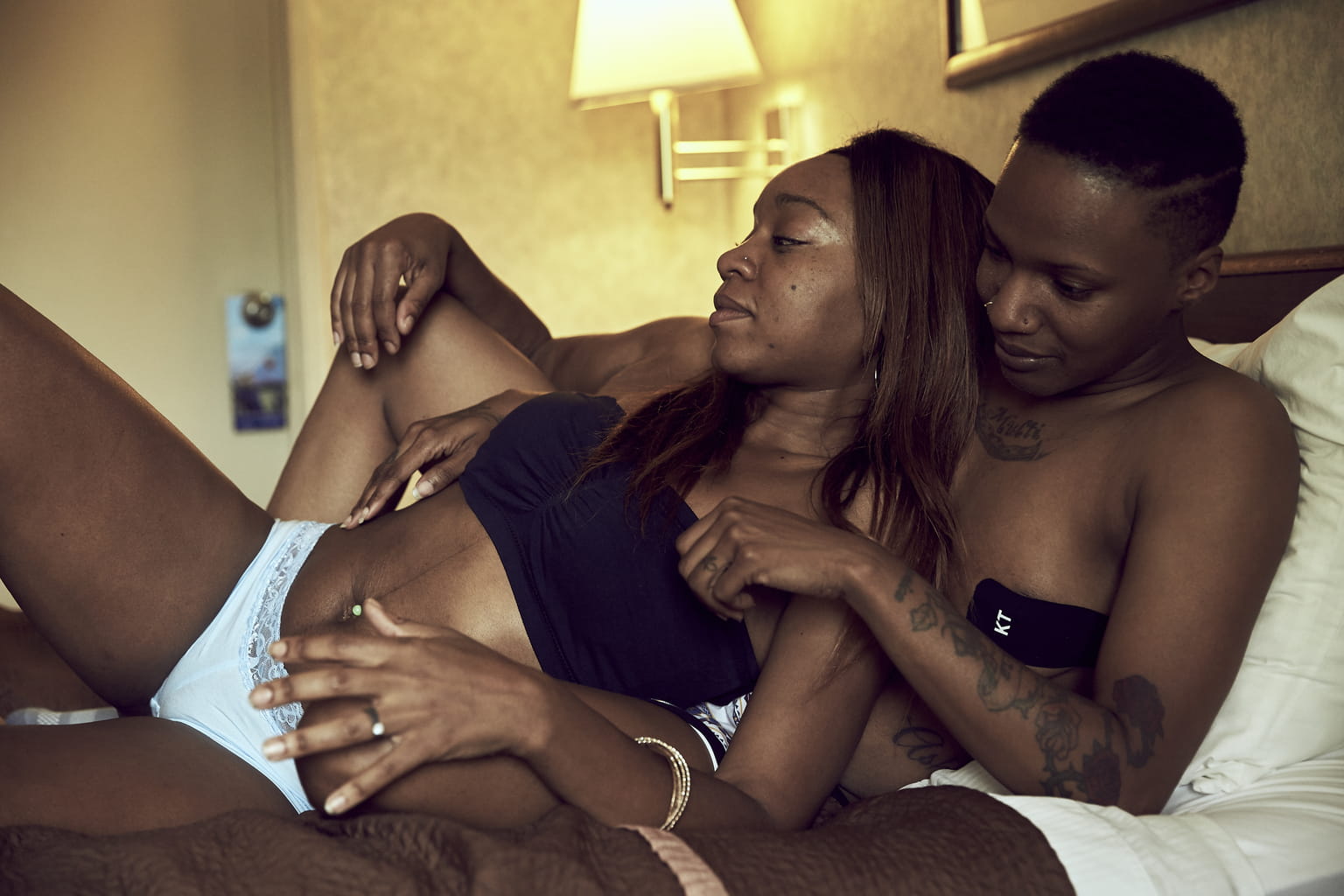 Patriarchy is hard to overcome, and America wasn’t ready for their most visible trans soldier to be a trans feminine person, they just weren’t. America needed to see GI Joe. America wanted to see the perfect soldier. I couldn’t just be a good soldier, I had to be smart, handsome, as well as an overachiever, so I became that. 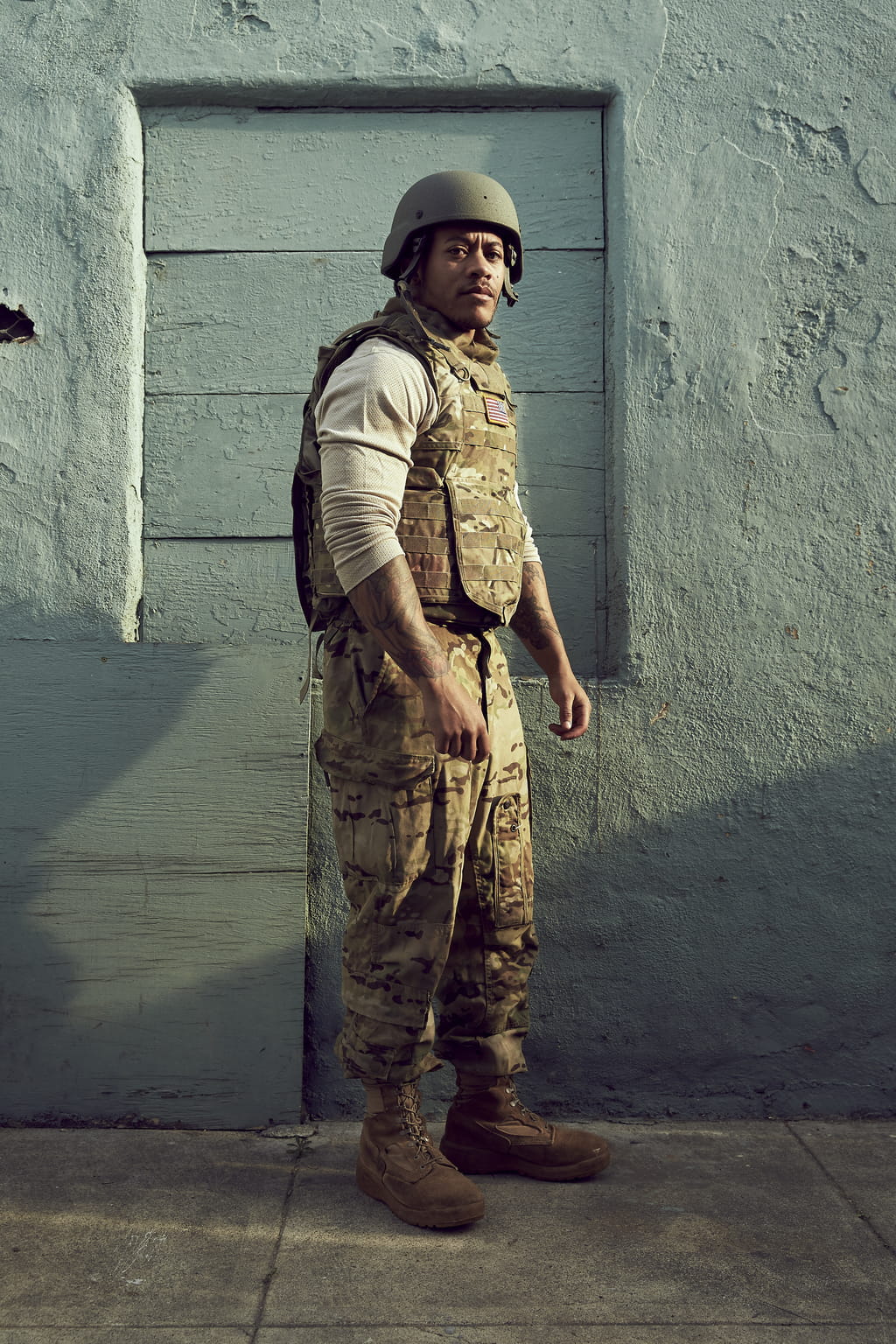 Half my family is Ojibwe Native American and the other is strict Pentecostal ultraconservative Christian. When I first came out as gay, it was confusing because I was still attracted to guys but I would be disgusted when they were attracted to me. So for a long time I considered myself as agender and not attracted to anyone. Then I realized that what I was really feeling was that I couldn’t handle guys being attracted to me and perceiving me as female, that’s what it was. I wanted them to see me as male. It was a very confusing lot of years.

But now I know who I am, I am a queer trans man. And it feels really good to finally feel comfortable saying that. Another really difficult part of my transition was that I never thought I could because I’m chronically ill, I have a rare blood-clotting disorder that can be best described as “rusty veins,” which makes my blood want to clot everywhere. I didn’t want to come out and truly accept I was trans in my heart and then not be able to transition because of my illness. That would have just crushed me, so I just denied it to myself for a long time thinking, “It’s not going to hurt if I don’t let it happen.” 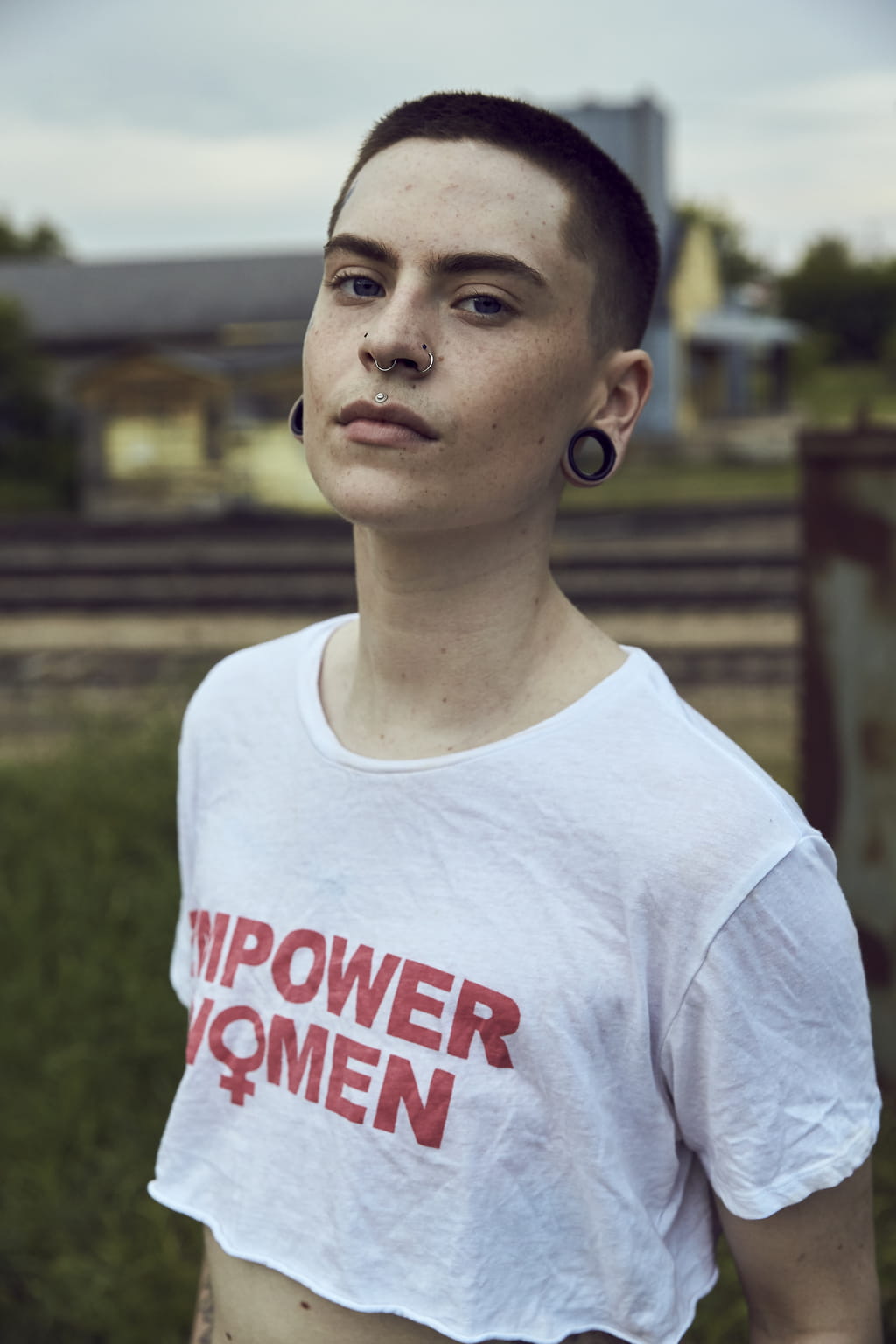 From the age of about four to ten I was convinced that I was a boy and that I was being dressed up by my parents every day to go to school as a girl. I would tell all my friends that when I get home, I would take off my girl skin-suit and be a boy. I saw girlhood as more of a costume and that I had been given this identity that I had to bring to school and that is what I would tell people. 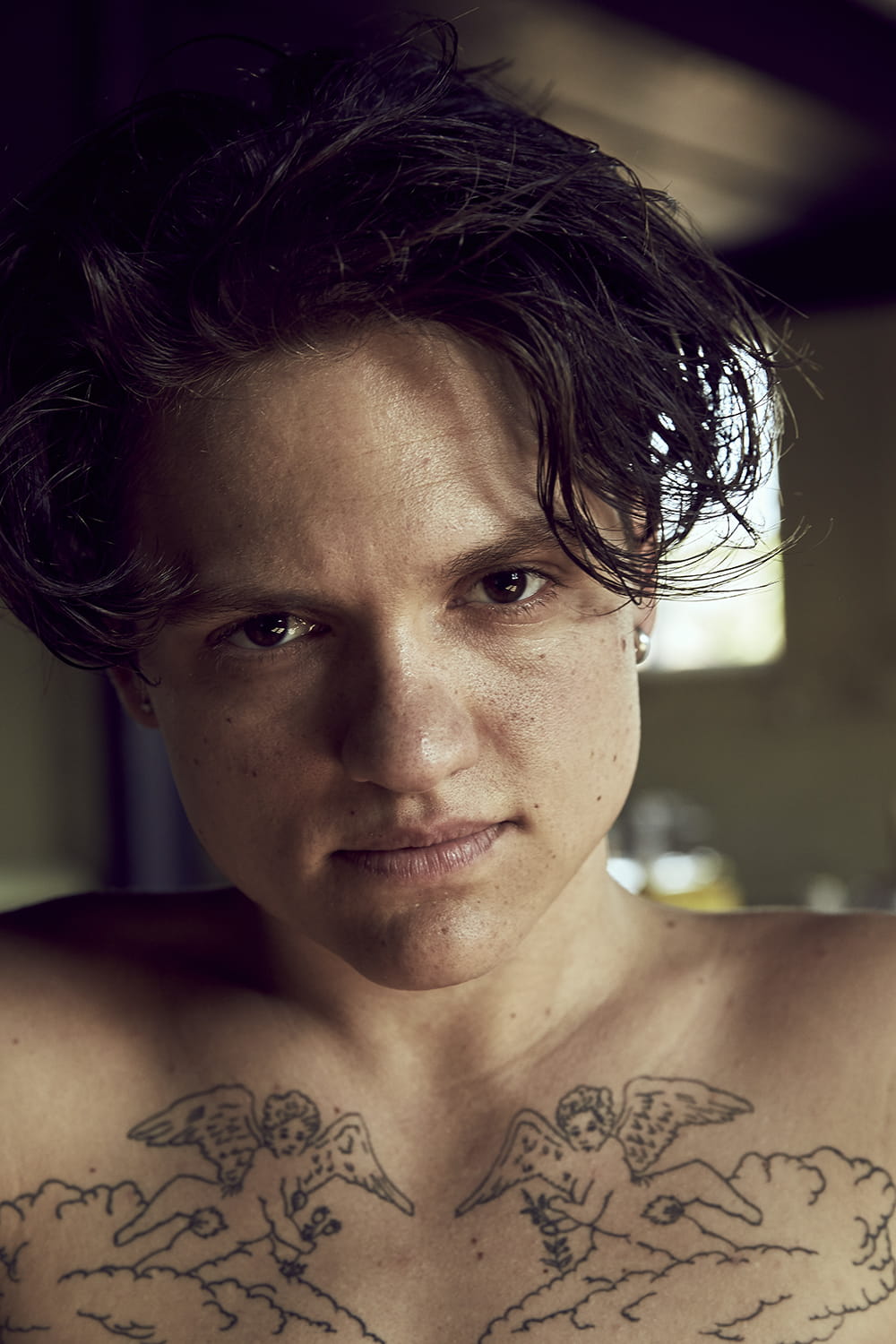 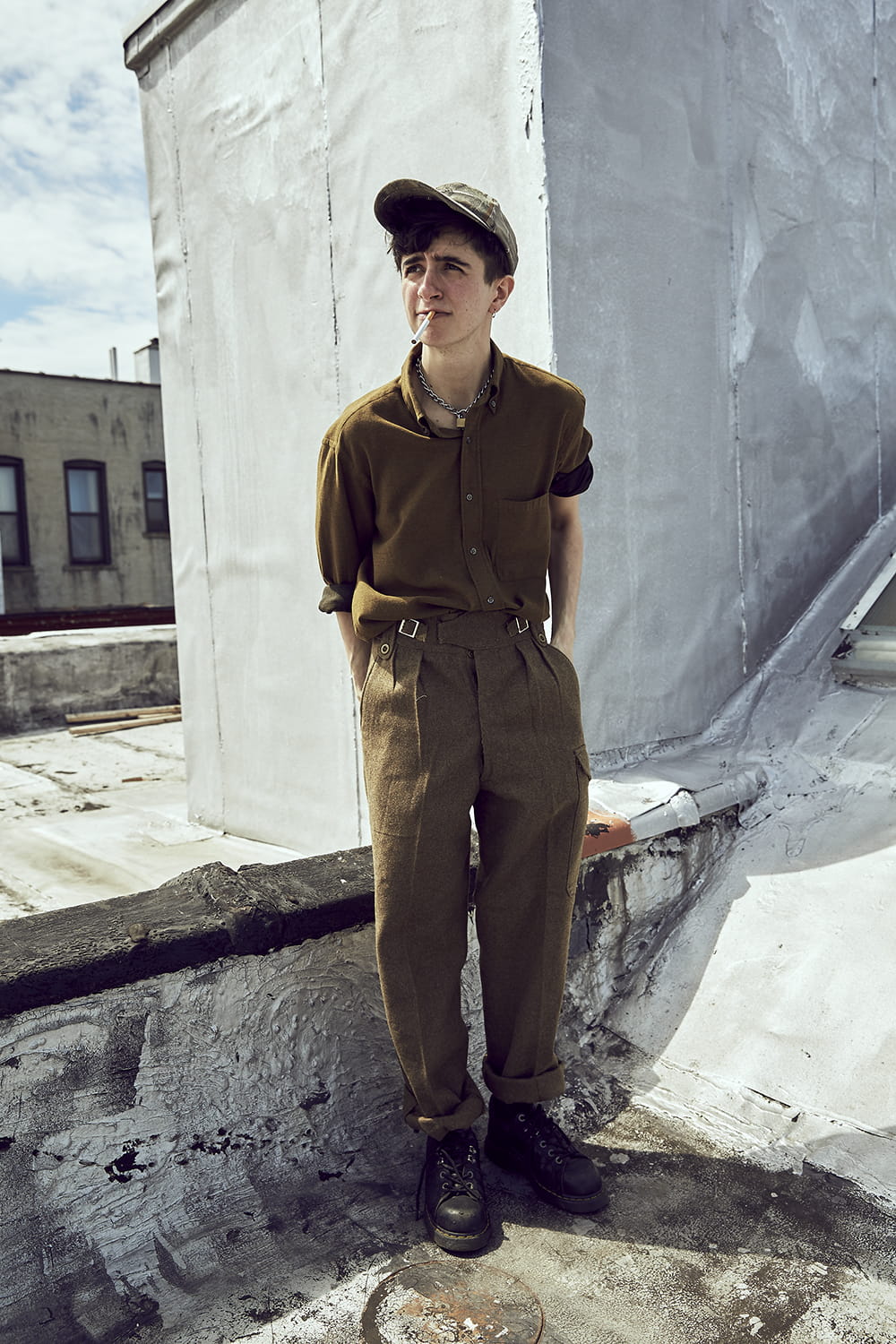 I don’t think anyone on Earth is a man or woman, it’s a reference point. Language is a tool but we get so accustomed to using that tool that we start thinking that it’s dictum from God. It’s like, first language existed and then we existed. But no, things exist and then we give them a name and in turn we get overly attached to their definition.

I grew up in the ’hood of Richmond and we didn’t really have much but we always knew we had each other. Home of the brave land of the free… maybe if you’re rich and have status. Not everybody has equal rights. It’s not just the transgender killings, especially of trans women of color, but also with police brutality and murders, coming from where I come from, being African American and being Dominican as well, knowing that struggle coming into my own struggle within me, instead of being scared, I decided stand up and fight for what rights I have as a human being. My parents and grandma always taught me to treat people equally and I stand up for the LGBTQ community of all colors. 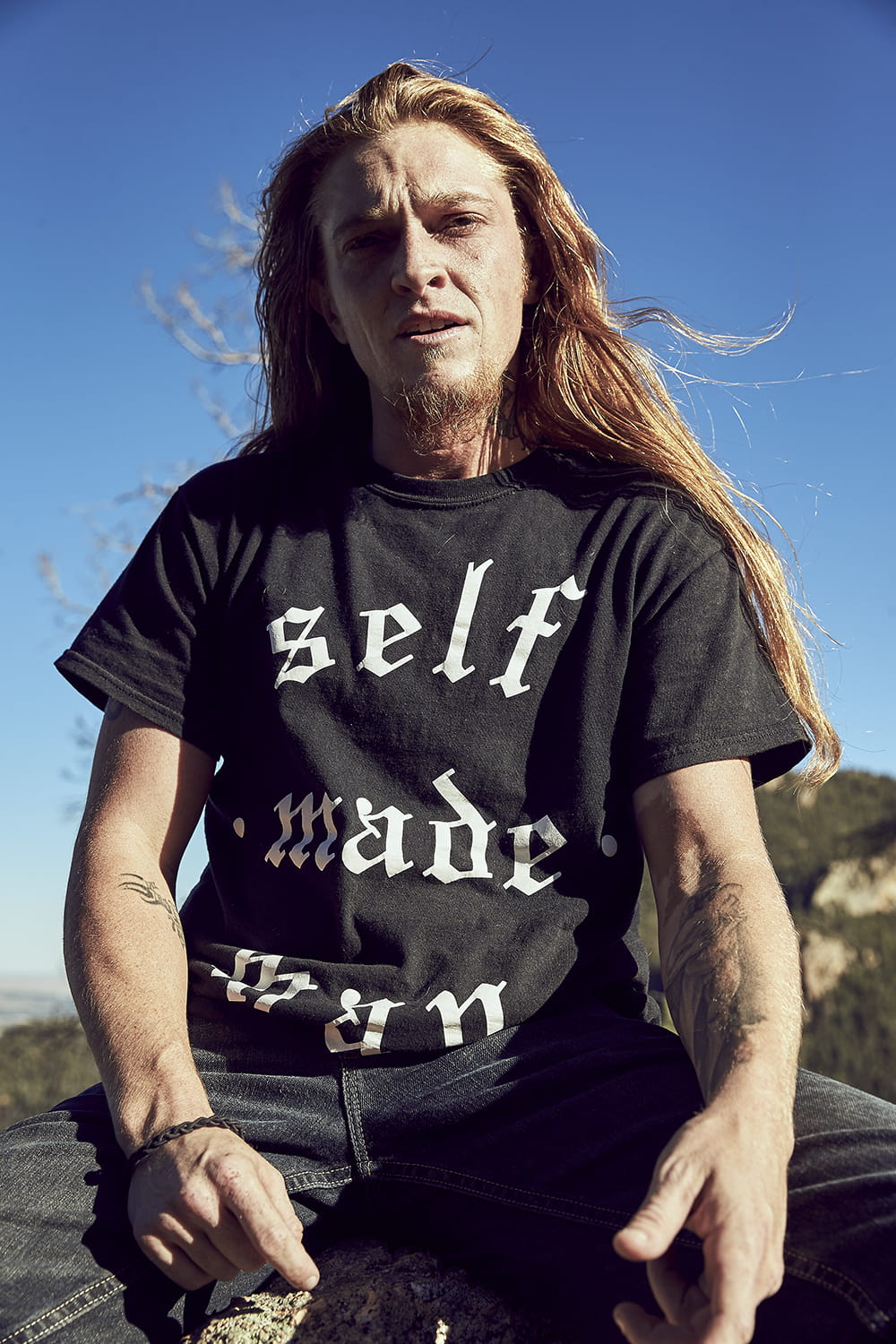 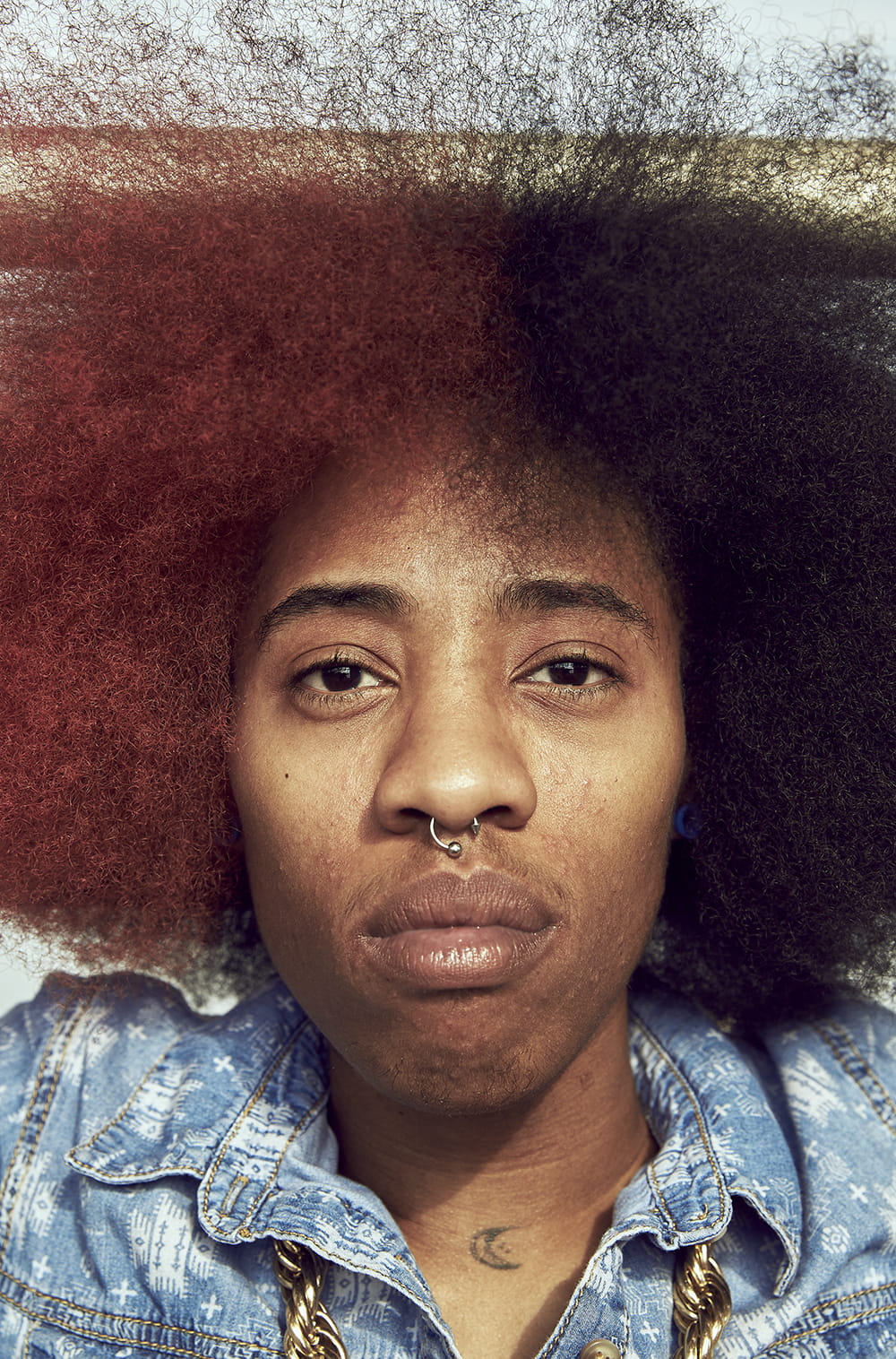 Four years since starting on testosterone, but not used consistently

As someone who has had violence against them for being transgender, they all say the same thing, they think they have been tricked. That’s where the anger comes from—they feel like transgender people are trying to lie to them by being who we are. We’re messing with their perception and that makes them uncomfortable and in turn that makes them angry. A few of my very good friends, who didn’t know I was transgender during the whole Caitlyn Jenner thing, outright trashtalked transgender people. I had to say “Do you know who you are talking to?” I had to sit there and have a conversation and tell them who I am. I’ve never had a negative conversation, as much as you would think I would have. We actually got closer and they developed a deeper understanding for transgender people. Often people are raised to be so black and white and if you can show them the gray area and you show them they already know and love somebody who is transgender, often the hatred melts away, and they never say anything hateful about transgender people again and it changes how they dialogue with other people.

Soraya Zaman is an Australian photographer based in New York. Their work primarily explores notions of sexuality and gender.

"I think it’s really important for me to say that the call out to testosterone as it relates to each individual within this book is by no means an indication of validity or a prerequisite to identifying as transgender. I also acknowledge that there are many individuals who cannot access, afford, or perhaps even want hormones and/or surgeries that are commonly associated with transitioning. Testosterone in each case is being used as a marker of time for when I met each person. These images have been taken over the space of three years and many people in the book have changed since I met with them and took their photos."