An Interview with artist Alistair McClymont

Alistair McClymont is a British artist currently based in Edinburgh.

His practice straddles the worlds of art and science and can be found in galleries and museums around the world. We recently chatted with Alistair about the importance of process and how his art often mirrors the scientific method of inquiry.

Your work strikes an interesting balance between process and final outcome - can you describe how you come up with ideas?

The process is a tool I use to work through ideas, the artwork comes out of that process. I've got this strong interest in process-based exploration and this has led to working with phenomena and scientists quite a lot. It's often an opportunity to explore and play with things that I find quite fascinating and unique. I’m really interested in phenomena generally such as tornadoes or wind or rainbows. I've worked with weather systems quite a lot, actually. The process might be an investigation into the way light is split, or the way water behaves, or it might be with processes that have come out of scientific analysis from elsewhere. 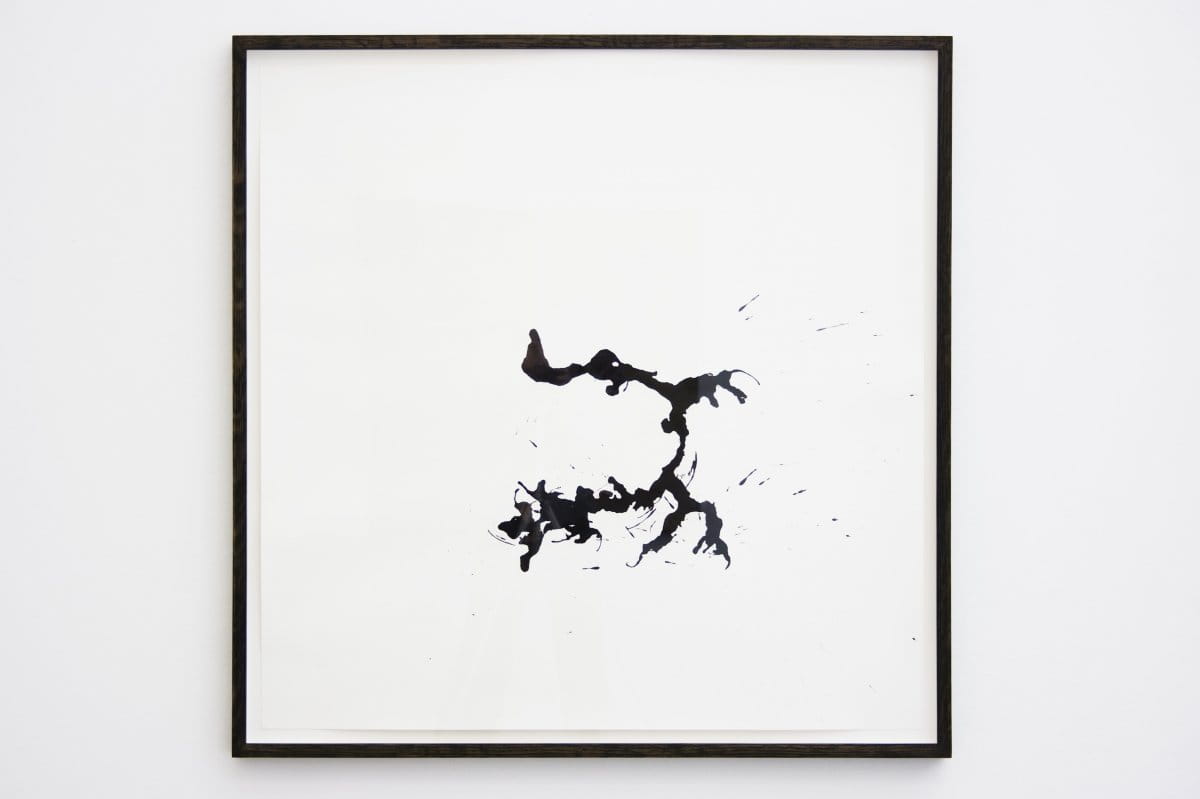 Often enough the process suggests the outcome. Sometimes the outcome might be an installation and other times it might be a film or an image of some kind. Every artwork is different, but I think each one tends to have a connection to a previous one. So one artwork may lead on to the next part. I can trace this journey through all the artworks where they are all connected. I sometimes describe my practice as a journey of investigation and exploration.

Many of our readers will not be familiar with your work. Can you describe a couple different works of art that investigate natural phenomena?

The tornado work is called ‘The Limitations of Logic and the Absence of Absolute Certainty’. That name actually came out with a fascination I have with mathematics. I was watching a documentary on the BBC on uncertainty that was following the work of the mathematicians Alan Turing and Kurt Gödel. I was really fascinated by the subject of uncertainty and these mathematicians proved that there will be things that we never can prove. This idea of uncertainty is actually against the more traditional view of maths and physics which posits that if you know enough you can find a solution for everything. I was working on the tornado in the studio at the time, it is something that is full of chaos and instability so it seemed appropriate to take the tornado’s title from a quote from that documentary. 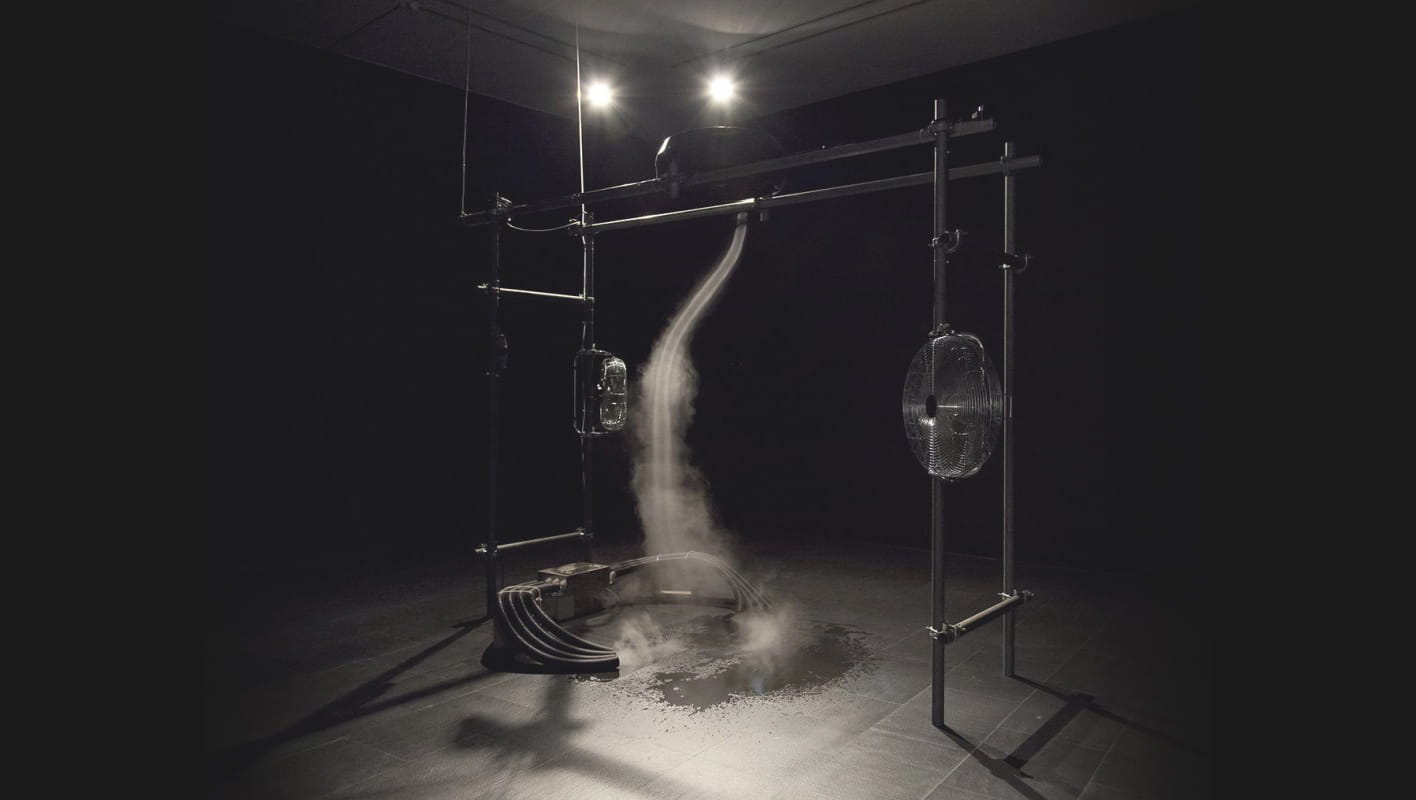 The tornado is created in a space with three fans. One particularly large fan that draws air upwards and creates low pressure, and then two smaller fans spin below and it basically mimics the conditions necessary to create a tornado. Similar to a real tornado the installation creates a low pressure zone, rotating air currents and water vapor is used to make it visible. Making it stable is really hard and the apparatus I make is as minimal as possible. It consists of the fewest possible moving parts in order to make a tornado. As a person living in England at the time, you don't see tornadoes very often, so I had this strong desire to see this weird and wonderful thing and make it happen in my studio. 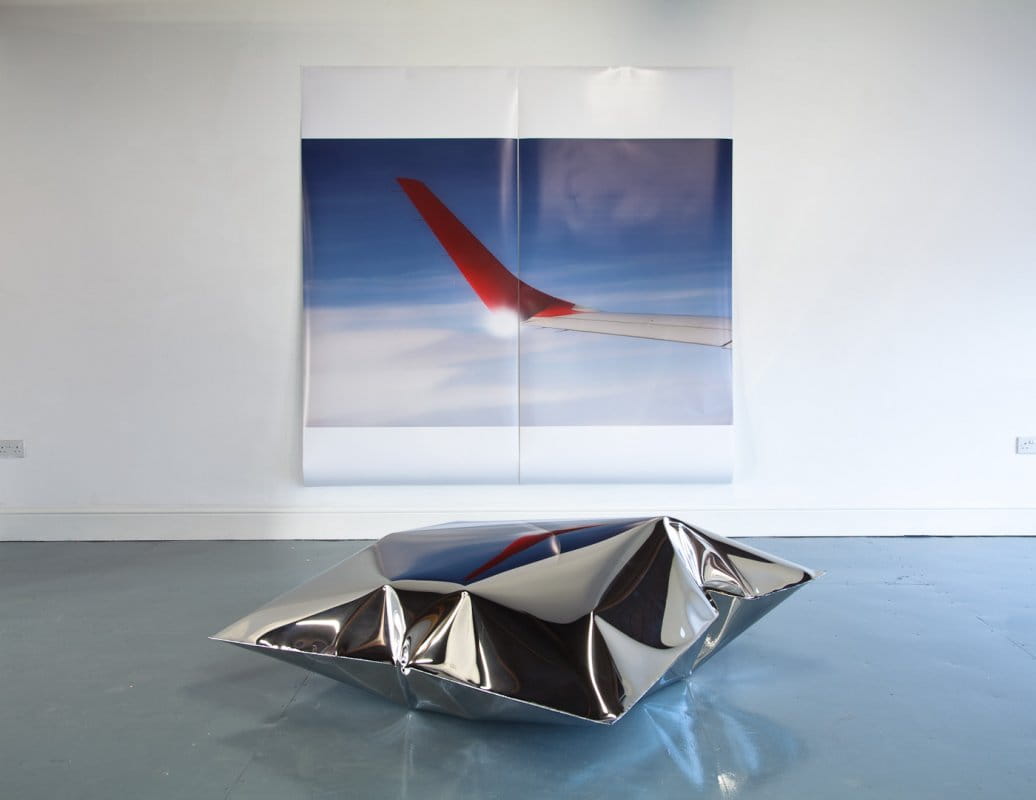 The Raindrop artwork is a device where you inject a drop of water into a machine using a syringe and then the drop falls exactly like a raindrop in freefall. Except instead of the drop falling down, the air's going up, and there's a number of things in there to stop it flying out. This artwork came from a conversation with a meteorologist and I spent two years trying to recreate an experiment originally performed in the 1970s working from a sketch in a research paper. I call the artwork a continuation of this original experiment.

Your work deals with elemental phenomena like wind, water, and air all with relatively accessible tools. I love this hacker-like sensibility where you adapt everyday devices to create unique objects.

Yes, I suppose I'm really interested in how things work and the hacker thing exists as far as tinkering and investigating or playing around to understand the way materials interact. It is also a process of learning as well. I’m really interested in trying to do everything myself if possible. It's not that I never have any assistance, but I like to try and have my hand in everything that I do. Much of my work is entirely made without external input. The tinkering, or hacking is part of me understanding the work and process, I'm really interested in reducing something to its bare bones and having the minimal necessary requirements for something to exist.

For instance the tornado is reduced to scaffolding, fans and an industrial humidifier. A temptation is to hide all that stuff away, but that looks like a magic trick and that stops the viewer wanting to dig deeper, by seeing everything and removing the sense of trickery there is a chance for an understanding of the process. For me the real beauty is the sort of sudden leap of knowledge where the viewer understands the universe at a slightly greater depth.

That moment of realization is part of what the Romantics called the sublime: the sudden realization while looking at the stars that this blanket of dots are stars and galaxies light years away, or looking at a mountain and understanding your scale compared to that awesome thing. And that is awe-some in the true meaning of the word as the Romantics described it. I suppose that is what I'm always aiming for - the feeling of the sublime.

Can you reflect a bit on the interplay between art and technology in your work?

Everything I do is relating to different processes and technologies. I'm constantly looking at what the next exciting thing is that I can work with. Recently the Central Laser Facility, which is based out of Oxfordshire in England, invited me to collaborate with the scientists there who use these gigantic lasers. I was able to work with them for about a year on and off till there was mutual trust, this then enabled me to be officially involved in an experiment with their large laser, called Vulcan. In this experiment I created test objects which were bathed in radiation and high energy x-rays from the laser. This resulted in me getting my name on a research paper, so technically I'm a physicist now because my name is on a physics paper (laughs). This was my long term goal, and I was lucky that I found the right group of people who let me get to this stage. Having my name on a research paper meant that I could present the paper as an artwork, alongside the test object I created and an image from the experiment, and name all of the scientists on the paper as the artists.

I see scientists and myself as doing the same thing. We’re curious and want to know something more about the world through experiments and then we display our findings in a certain way. Creativity exists in the sciences and in technology and, personally, I just want to learn about everything. I would say I’m a Jack of all trades although not an expert, but I really like learning about new technology to see what I can find out.

In addition to the Central Laser Facility in the UK you also recently consulted with NASA - how did that come about?

I received an email from someone who worked at the Goddard Space Flight Center and he wanted to use a video of the raindrop work in an educational context. I was keen so he put me in touch with someone who worked in the scientific visualization studio at the Goddard Space Flight Center. I arranged a visit and they gave me this incredible tour of everything they did and the studio where they are using all kinds of data and images in their research.

For instance, one of the things they showed me is ocean current data that includes salinity, temperature, and other kinds of data you can get from their array of satellites. They combine all this data and turn them into visualizations that would show the movement of water, different depths all around the ocean and many other variables. 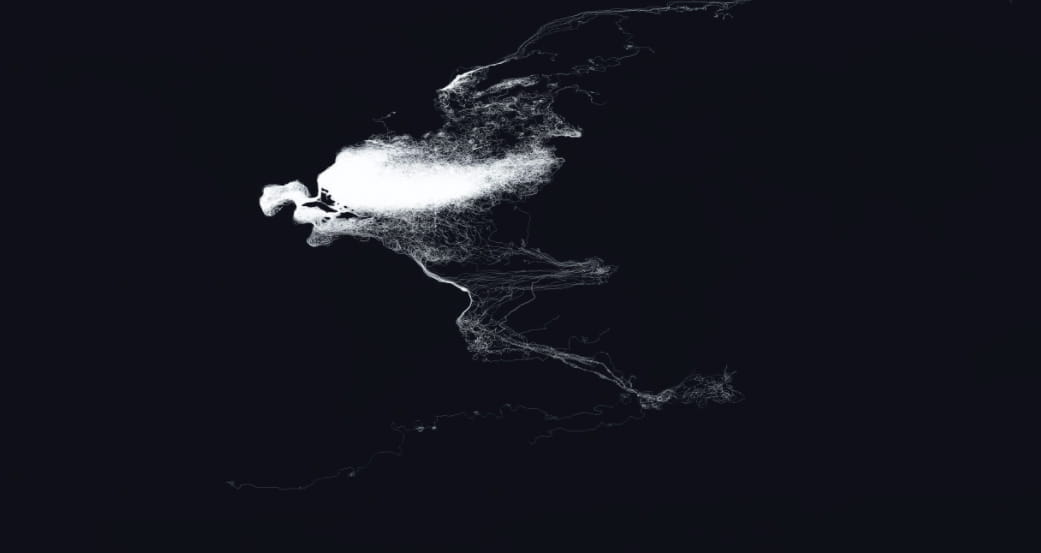 Seeing this, I had the idea that I wanted to turn this big data visualization into something more personal. I asked myself ‘If you had a single drop of water in the ocean and you look at that drop and see where it went over the course of, say, 30 years, what would that look like?’ The head of the visualization studio worked with me over the course of a few months and wrote some code into this amazing supercomputer where we could say ‘Okay, put a drop over here near Antarctica in the early nineties and let's see where it ends up’. The result is you get to see these really beautiful journeys.

Being British, I am very interested in the Gulfstream in particular which brings warm currents from the Caribbean. It's not a hot place, Britain, but it should be a lot colder, right? We're parallel with Canada where it gets really cold, and then we just get a little bit of snow. We're lucky. These currents going around the globe really affect everything. So if you put a drop of water in you might see it move around to the south of Africa and then a spiral of beautiful little corkscrews up to the Caribbean and then from the Caribbean it might end up in Great Britain via the Gulfstream.

Thank you so much for speaking with me today Ali! It was a pleasure to discuss your work and we are so excited to premiere your new work here as well.

To see some more of Alistair McClymont’s work, visit his website: www.alistairmcclymont.com